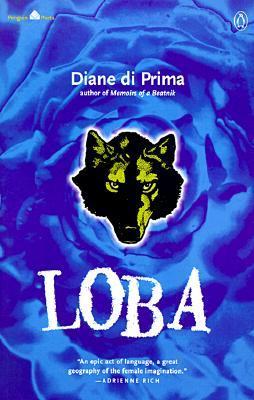 In an interview with Jacket magazine, Diane di Prima said, “I wanted everything—very earnestly and totally—I wanted to have every experience I could have, I wanted everything that was possible to a person in a female body.… So my feeling was, ‘Well’—as I had many times had the feeling—‘Well, nobody’s done it quite this way before but f**k it, that’s what I’m doing, I’m going to risk it.’”

Di Prima (1934-2020) was a poet of the Beat movement and the author of more than 40 books. She was born in Brooklyn and grew up on the East Coast. As an adult she ventured out west and settled in California. Di Prima taught at the Jack Kerouac School of Disembodied Poetics and Amiri Baraka was one of her closest collaborators.

Di Prima’s LOBA is the most ambitious of her writing projects. Adrienne Rich described LOBA as “An epic act of language, a great geography of the female imagination.” This four-part study group will focus primarily on LOBA’s form, content, and craft. We’ll discuss the risks di Prima takes, and what she achieves as a result. The facilitator, poet and long-time LOBA fangirl Lauren Mallett, will provide brief excerpts from di Prima’s Memoirs of a Beatnik and Recollections of My Life as a Woman to complement our discussion of LOBA. On our final Saturday together, we will also consider di Prima’s legacy in contemporary poetics.

Our required text is the expanded edition of LOBA by Diane di Prima (blue cover, Penguin Books, 1998). Interest in the divine feminine, second-wave feminism, and literary myth-making is far more important to our conversation than poetry experience or vocabulary.

Lauren Mallett (she/her/hers) is a poet, teacher, doula, and mushroom forager. She has lived and studied in Guanajuato and Xalapa, Mexico. Lauren taught dual-language immersion fifth grade in Richmond, California. She earned her MFA and was the Assistant Director of Creative Writing at Purdue University. Her poetry appears or is forthcoming in Poetry Northwest, Salamander, Passages North, Fugue, Tupelo Quarterly, and other journals. Lauren is a 2016, 2019, and 2020 Pushcart Prize nominee. She has taught for Purdue University, the Lafayette Writers’ Studio, and the Reynolds Young Writers Workshop. She lives on Oregon’s north coast, on the traditional homelands of the Clatsop-Nehalem people. www.laurenmallett.com