Congratulations to Alyssa Evans, Sturges Dorrance, Mick Mortlock, Cindy Price, and Larry Scott who were each elected to 2 year terms as Board Members of the Tillicum Foundation, the governing body of Coast Community Radio.

The Board meets virtually on zoom at 3:30PM on the fourth Wednesday of each month. Meetings usually last about two hours. Time, date and locations of meetings are announced on the air for seven days before the meeting occurs.

Meetings are open to the public except during executive sessions. To see the latest approved minutes from a board meeting, and to see information regarding closed meetings/sessions, please click HERE. 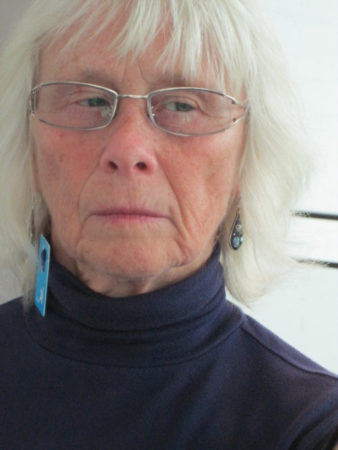 Highlights of her involvement with community radio: Station Manager, KBOO, Portland, Oregon, winter  2013-2014, a period of dissension and financial crisis. Acting Station Manager, KBOO, 2004 while manager had her first child. Member and President, KBOO Board of Directors, 2000-2003.  Station Manager, December 1980 – July 1983, KBOO-FM, Portland.  Responsible to Board of Directors for fiscal, personnel, and program management.  Provided leadership, oversight for finding, financing, and constructing new 5,000 square foot facility for offices and studios.  Hired and supervised first manager for KMUN, which was initially licensed to KBOO. Interim Station Manager KMUN, 2003 day-to-day operations management with Lisa Smith while Lisa focused on grant administration; initiated Development and Finance Committees to advise staff and board on fund-raising and budgeting. 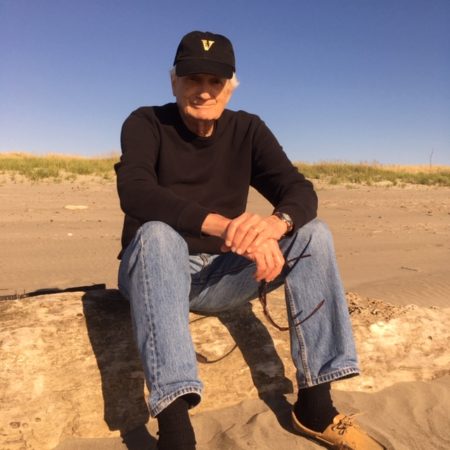 Larry is a gastroenterologist, although no longer practicing, and a former Professor of Medicine at the University of Texas, mostly at the McGovern Medical School in Houston, but also 4 years at the University of Texas Medical Branch in Galveston. His career was devoted to research, patient care and medical teaching. During his last 8 years in Houston, he oversaw a team of providers as Director of Gastroenterology at a large public hospital. Larry currently maintains his interest in medicine as a member of the Institutional Review Board at OHSU in Portland, reviewing ethical and regulatory issues involving clinical trials.

Originally from St. Louis, he holds degrees from Davidson College in North Carolina (BS), Vanderbilt University (MD), and Case Western Reserve University (MA in biomedical ethics). He had post-graduate training at Vanderbilt and the University of Iowa.

He and his wife Carol, an artist, discovered Oregon, and Astoria in particular, in 2005, bought property here in 2012, and have lived here full time for the past 3 years. Living next door to the Tillicum House, the Scotts have developed a strong relationship with KMUN and the remarkable staff and volunteers that make this station work. As a Board member, he welcomes the opportunity to commit his time and talents to continued success of Coast Community Radio. 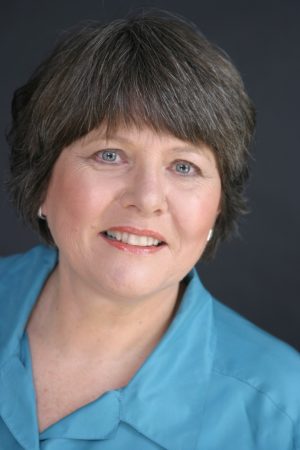 She grew up in Ocean Park, Washington, attended Ilwaco High School, and returned to the south coast of Washington after college, consulting in wetland and ecological restorations, weed ecology, and studying high diversity wild lands. She was AVP Science Officer for ShoreBank Pacific, the country’s first triple-bottom-line bank, where green building, energy efficiency, carbon offsets, succession planning, and materials use were just some of the topics she focused on with clients to improve their businesses.

She worked for several nonprofit environmental organizations, and helped found Water Music Society and Pacific Community Foundation. She was the founding president, and is the Treasurer at PCF. She has a lifelong interest in building capacity in the nonprofit sector through investment, endowments, staff and board training, and developing a culture of philanthropy and volunteering in communities.

She is also an amateur radio operator, call sign N7ONG, and hosts a MODUS bird monitoring station at her home on Willapa Bay. She is an active birder, participating in Christmas bird counts since the mid 1980s. At home, she practices native and low input gardening, improving soil nutrition and promoting habitat for native wildlife.

Kathleen’s association with Coast Community Radio goes back decades, including donations of hikes for annual auctions, and occasional appearances on air. These days, she is one of several writers for Willapa Nature Notes for Friends of Willapa National Wildlife Refuge, these notes air weekly on KMUN. 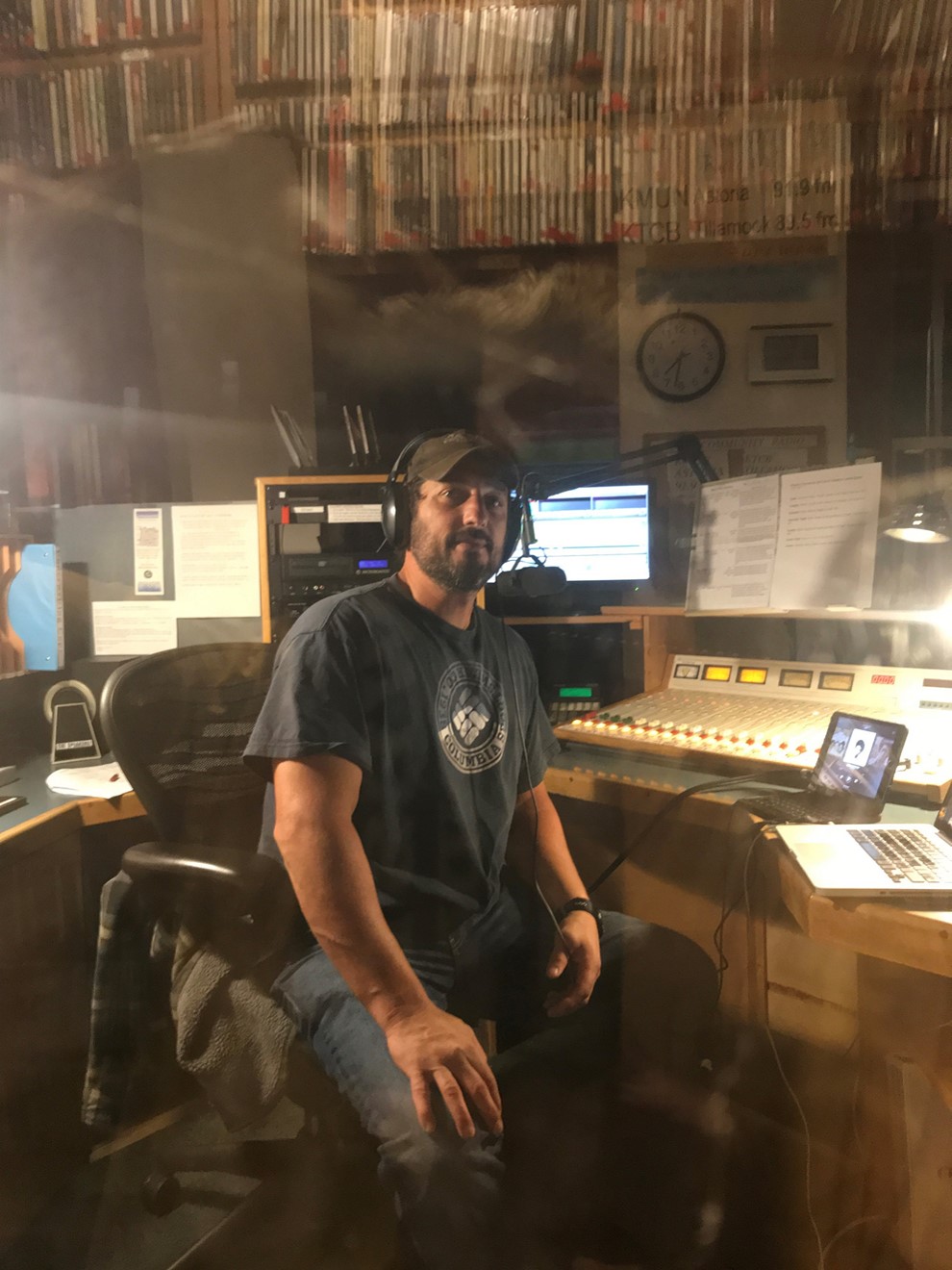 Todd Lippold has been a programmer at Coast Community Radio for over ten years. During that time he has shared experiences with station staff, working with underwriting partners and helping develop content for the quarterly newspaper, The Current. After achieving a Bachelor of Science, he continues a dynamic 24-year career for his first employer, Illinois Tool Works (ITW). He has served on his children’s school board and currently for the past eighteen years for a non-profit conservation group based locally and abroad. Todd is a husband and a dad and enjoys many hobbies that include playing several musical instruments with bandmates.

“Radio is a voice of the community and a platform for creativity. The goal is to deliver consistent quality content such as local arts, music and meaningful news that result with an enriching experience to the listener, the community, supporters and all those involved with making this radio station great.” 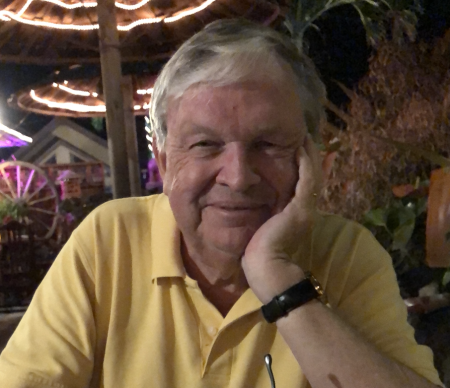 My wife, Pam, and I have been associated with the Long Beach Peninsula for nearly 50 years, Sadly, Pam died in June of this year. We built our house here 26 years ago and moved permanently from Seattle six years ago.

I have been a listener and sustaining supporter of KMUN since we moved here. I admire greatly how much you do for this community – with limited resources. You are a model of what a community radio station should be, an accomplishment of which you should all be very proud.

I spent my entire professional life in broadcasting starting in college radio and ending as General Manager of KING5 Television, Seattle, where I served nearly a decade in the 1980’s

Along the way I was producer, a writer and reporter both off and on air. My ascent at King Broadcasting was on the business side in radio and television sales and sales management.

After leaving King Broadcasting just prior to the sale of the company in 1990 I was fortunate enough to be able to retire. In Seattle I served on a number of non-profit boards including KUOW Radio and KCTS Television. I was also involved with organizations in academics and the arts.

Away from the Northwest I had many consulting assignments for USIA and USAID in Eastern Europe, the former Soviet Union and the Middle East. I taught seminars and consulted with independent television stations and networks. 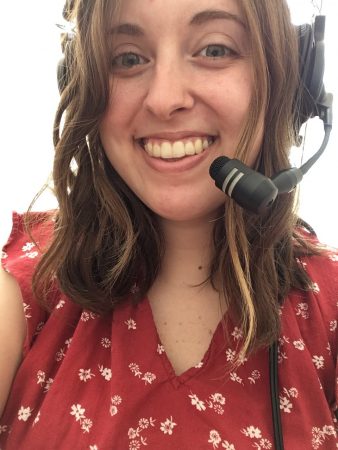 Alyssa Evans joined KMUN in 2019 as a programmer. She is the producer and creator behind KMUN’s show “Under the Radar,” which features new music. She is also the host of the podcast “Hands on Health.”

Alyssa works as a marketing and communications specialist at Columbia Memorial Hospital, where she works on a variety of writing, editing and multimedia projects. Before joining the CMH staff, she worked at EO Media Group for three years, as both an editor at The Astorian and a reporter at The Chinook Observer. She continues to freelance for the company and other publications. 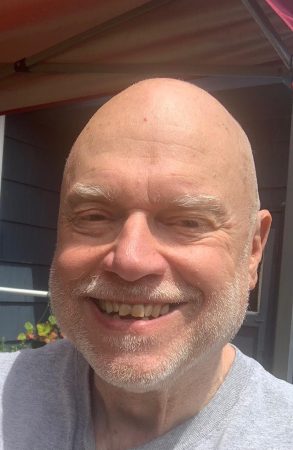 Mick Mortlock has had a segmented adult life: family, professional and non-profits.
Family:
He has been married to Annie Scott since 1984. They have raised three children together: Laura, Sarah and Leigh.
Laura lives in Portland; Sarah is in Seattle and Leigh is an Astoria Realtor that some readers may know. Leigh and her partner Mitch have graciously provided us with two granddaughters.
Professional:
Most of Mick’s career was spent at Intel Corporation where he developed the specialty of starting and operating corporate universities. He also helped start Unisys University and Cigna Technology Institute. In 2003, Mick was recognized by The Public Manager magazine as one of America’s leading futurists.
Non-profits:
Mick was a founder and co-executive director of Democracy Talking, tackling the problem of being able to communicate across the political divide. He was president of Healthy Democracy Oregon for over three years, a group that lobbied successfully for improving Oregon’s ballot measure initiative system. This initiative review process has been functioning since 2008. He was a member of the Lake Oswego Sustainability Committee.

Mick has a degree in Philosophy from PSU, a certificate in Advanced Internet Commerce from MIT, and a masters in Educational Leadership and Policy from PSU. His research is currently focused on two problems, the dangers of drone terrorism, and dangers to democracy. 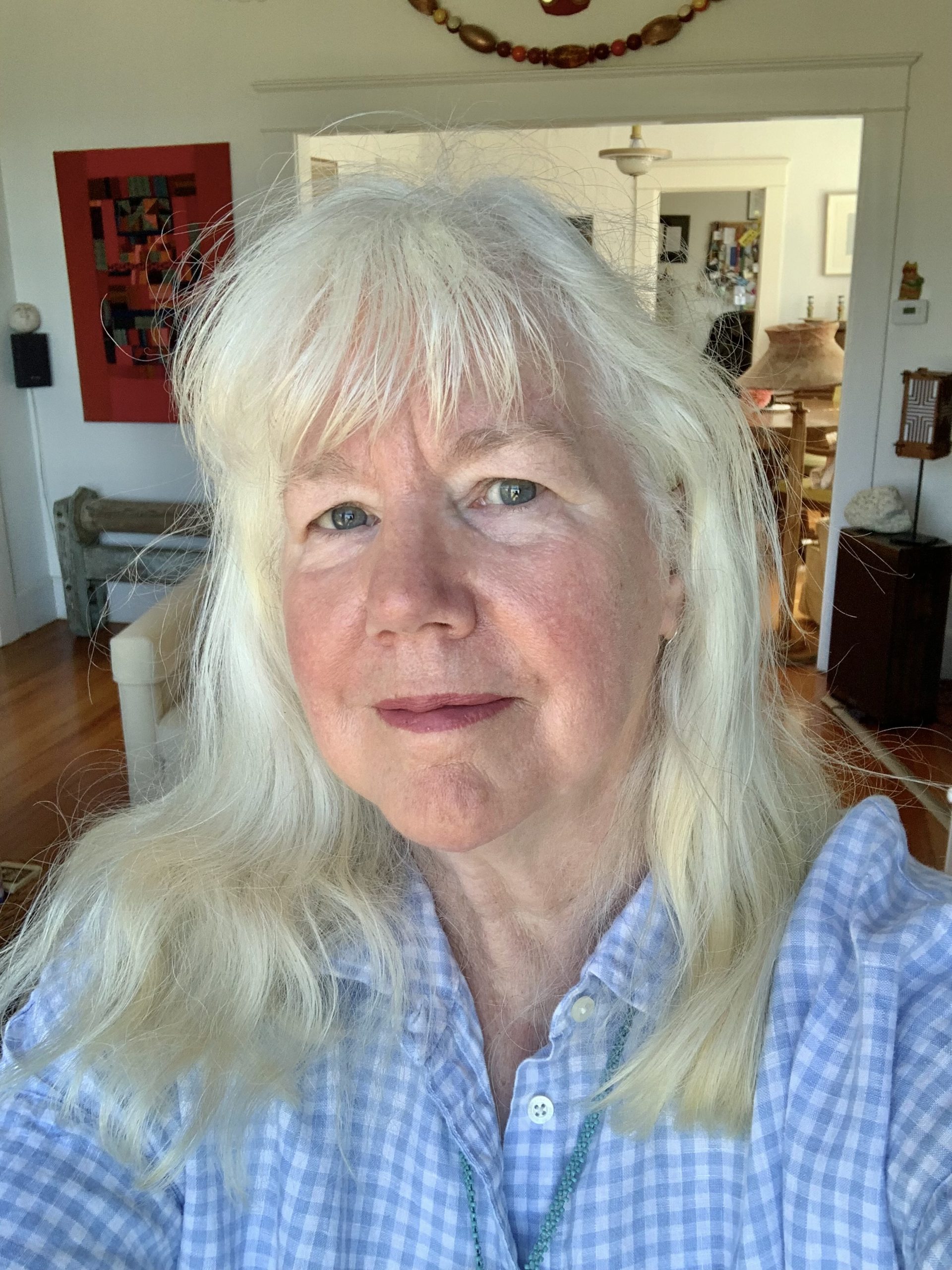 Cindy joined KMUN as a member and programmer in September 1996. Since then she has produced a number of cultural affairs, public affairs, and music programs. She produced the monthly Columbia Forum broadcasts for over a decade; for several years hosted and produced “Overcast,” the precursor to Carol Newman’s “Arts: Live and Local,” for which she is an occasional guest host; and currently produces and hosts “Wednesday Afternoon Music” and sometimes “Rhythm Lounge” (alternating with Spinnin’ Lynn). Cindy has served two previous terms on the Board of Directors, including as President from 1999-2001 and from 2003-2005, was the webmaster for a number of years in the mid 2000s, and served as Interim General Manager from August 2001 to February 2002.

Cindy is an accomplished writer, researcher, and editor, with substantial experience in strategic planning, analysis, grant writing, and organization. She has served on the boards of Astoria Visual Arts and the Astoria Ferry Group, and also was the webmaster for both organizations. She was an elected Astoria City Councilor (2014-2018) and is currently a member of the Astoria Planning Commission.

Contact the Tillicum Foundation Board of Directors at board@kmun.org