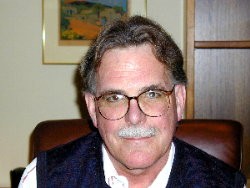 Jim Wilkins was born in Oakland, California and graduated from high school in Carson City, Nevada. After eight years of college, with three different majors at three different universities, resulting in no degrees, he moved to Astoria and started a construction company called Wilkins Construction, specializing in infrastructure improvement projects for both public and private owners. After thirty three years in that business he sold the company and began a consulting business called Wilkins Consulting, which he currently operates. His interests are eclectic and wide ranging and are reflected in the interview technique he brings to Fridays with Jim on KMUN Community Radio.