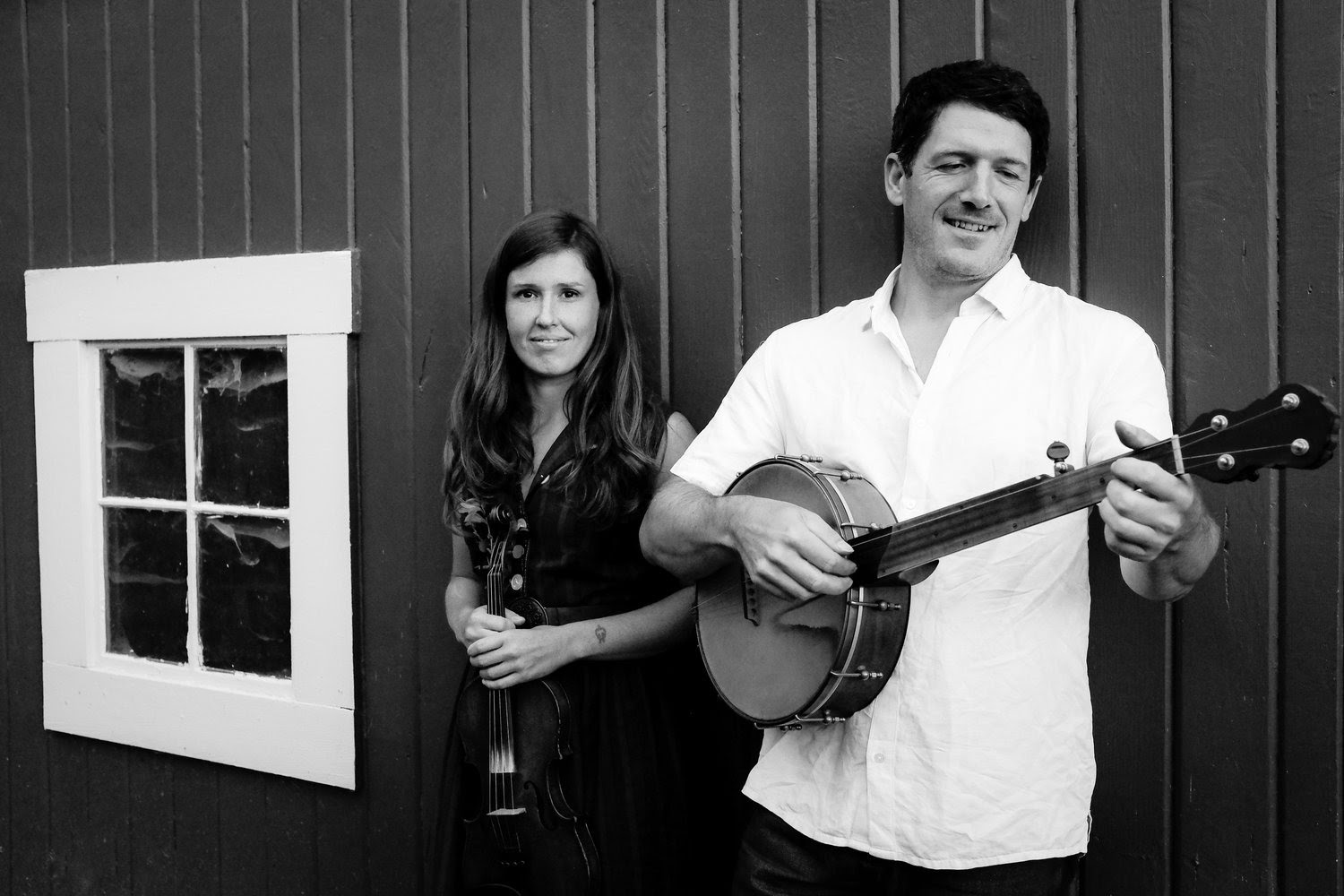 The Horsenecks play hard-hitting and heartfelt Old Time and classic Bluegrass music. Their sound is centered around the pairing of the signature rhythmic Appalachian fiddle style of Oregonian Gabrielle Macrae and the driving yet subtle banjo playing of Liverpudlian Barry Southern.

Gabrielle’s playing style is the result of being raised in the Old Time music hotbed of Portland, OR, and being exposed to the fiddle traditions of the Southeast through years of traveling to festivals and learning from some of the greatest players in the genre. Her love of traditional music brought her to North Carolina as a teenager where she fully immersed herself in the music of the region and became a sought-after clawhammer banjo player after releasing an album with the Macrae Sisters in 2008 that received glowing reviews in both Sing Out! And The Old Time Herald Magazine.

Barry’s banjo playing ranges from thrilling and high-octane to moody and captivating, and his versatility shines whether playing clawhammer or driving three-finger banjo. Also a great guitarist, adept in many styles of playing he has been consistently active in the UK Old Time and Bluegrass scene for the last decade playing with multiple groups. Harmony singing and thoughtful songwriting bring this Old Time band to the stage with a compelling take on the music that moves them; foot-stomping dance tunes, innovative fiddle-banjo compositions, and heartfelt and inspired harmony singing.

Whether they are singing centuries-old ballads, their own songs, or getting you up and dancing with a barn-burning fiddle tune, they remain firmly rooted in tradition, paying homage to the depth and richness of the music. Whether performing as a duo or as a four-piece The Horsenecks continue to set a new standard in today’s traditional music scene with years of touring under their belts and appearances at major festivals in the USA and the UK, including the Cornwall Bluegrass Festival, Doolin Folk Festival, The Portland Old Time Gathering, and the Minnesota Bluegrass and Old Time Festival. They received critical acclaim for their first two albums, released in 2016 and 2018. Their much anticipated third album was successfully released in December 2020.

The virtual performance premieres Friday, April 2nd at 7pm on the Liberty’s Virtual Programming page.  Brought to you by The Liberty Theatre and KMUN Presents.  Filmed at The Rope Room in Astoria, Oregon.