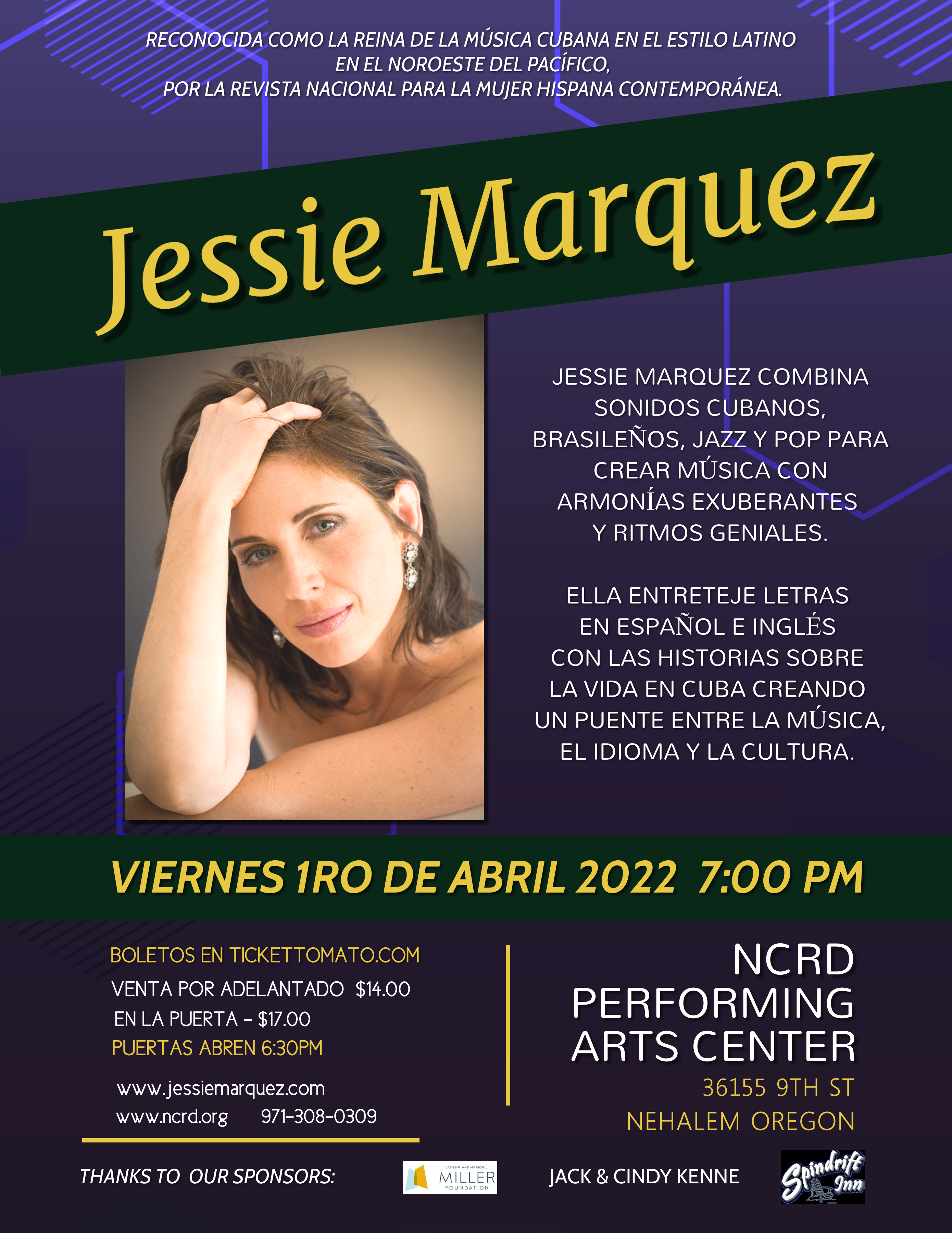 APRIL 2022 – A NEW SERIES OF MUSIC AND THEATER EVENTS BEGINS AT THE NCRD PERFORMING ARTS CENTER.
THE JESSIE MARQUEZ QUARTET WILL APPEAR ON STAGE FRIDAY, APRIL 1 AT 7 PM

Latin jazz vocalist Jessie Marquez blends Cuban, Brazilian, jazz and pop sounds for music with lush harmonies and cool grooves. While her themes revolve around love and longing, her soothing vocals are a balm for any heart.
Marquez got on-the-job training in Havana, where she recorded with members of the Afro Cuban Allstars. Sana Locura (2004) reached the top of Latin jazz and Salsa charts in the US and Europe. A frequent visitor to the island, she has appeared on Cuban television and radio and has performed throughout the country.
Her latest release, All I See is Sky, features a textured soundscape alongside the singer’s intimate and understated approach.
Marquez grew up eating her grandmother’s Cuban cooking and hearing stories about the family’s days on the island. She first visited her father’s childhood home in 1996.

“La reina (the queen) of Cuban music in the Pacific Northwest”
Latina Style, National Magazine for the Contemporary Hispanic Woman

TICKETS AVAILABLE AT TICKETTOMATO.COM AND AT THE DOOR